Who Would Believe Where the Safest Car Seat is Located? 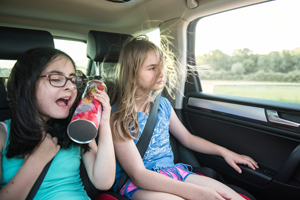 Researchers at the University of Buffalo studied fatalities and crashes in relation to seat location. It turns out that sitting in the back seat is 59 to 86% safer than riding in the front seat. They believe that the back middle seat is 25% safer than window seats in the back.

Middle seats provided more distance from impact during a crash. You are outside of the crumple zone. If you get hit at an intersection, the outer seat will take more of the direct hit whether it’s on the driver’s or passenger’s side.

The American Academy of Pediatrics says that the middle seat is safest for kids. The National Highway Traffic Safety Administration recommends that all children under the age of 13 ride in the back. Ideally, this is in the center of the back seat. If you use a car seat in the middle, it is only safest if a full seat belt rather than a lap belt is used.

If you want to be truly cordial to your passenger, offer them the middle seat. They will look at you as if you are crazy, but you know you are doing the right thing. If two people are traveling in a car alone, it would appear strange for your passenger to be riding in the back middle seat but this is the safest place to be.

Remember, wherever you sit, wear your seatbelt and never get into a car with a drunk, intoxicated or impaired driver.

Call Fellows Hymowitz Rice today at 845-639-9300 for a FREE, confidential consultation. When you call, an experienced New York and New Jersey Auto Accident Lawyer will investigate every detail of your accident at no cost to you.