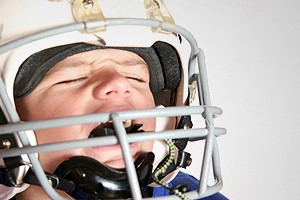 In the next few months, teenage athletes all over Westchester County will begin reporting to summer practices for their high school sports teams. This is an exciting time of year for students and parents, but unfortunately, far too many young people every year suffer head injuries, concussions and even Traumatic Brain Injuries while participating in high school sports.

Now, a new task force in Westchester County will focus on educating both athletes and their parents about the dangerous effects of concussions, and the possible lifelong symptoms that can accompany serious head trauma.

According to the Center for Disease Control, 3.8 million athletes between the ages of 8 and 19 reported sustaining a sports-related concussion in 2012. This was nearly double the amount reported by the same age group 10 years earlier, but even this figure may not tell the whole story.

One of the biggest risks for high school athletes is trying to ignore or “shake off” a concussion when it is suffered during the course of a game or competition. Athletes train year-round to push themselves to their limit and play through pain, but a new Westchester County task force wants to make it clear that head trauma is nothing like other types of injuries to a foot, knee or ankle.

Concussions and possible TBIs cannot be taken lightly, and they are certainly no time for a student athlete to attempt to “play through the pain.”

This new task force, known as the “Safer Sports” initiative, will be comprised of 20 doctors, athletic trainers and school officials from across Westchester County. These community leaders will work with coaches, athletes and parents to help raise awareness about the symptoms of concussions and head injuries, as well as offer resources where victims can turn for help.

The efforts of this task force coupled with the nationwide “Heads Up Program” will hopefully go a long way towards controlling and eventually eliminating serious head injuries in high school sports.

One of the biggest steps the Westchester community can take towards eliminating serious brain injuries during high school athletic contests is to recognize the symptoms and make sure that players that have suffered a concussion or blow to the head leave the game immediately to get the help they need.

In the past, football players in particular would often refer to a blow to the head as “getting your bell rung,” and players were routinely encouraged to return to games even if they were feeling dizzy or nauseous. We now know that any blow to the head or concussion is extremely serious and cannot be ignored at any cost, especially in young athletes whose brains are still developing.

Here are some of the most common symptoms of a concussion to keep an eye out for during a game:

If a parent, coach, or athletic trainer notices any of the above symptoms in a student athlete, the Safer Sports Initiative as well as the Heads Up Program insist that they are removed from play and seek medical treatment immediately.

Every year in the United States, approximately 1.7 million people are afflicted with a Traumatic Brain Injury. These injuries are debilitating, difficult to treat, and often require a lifetime of care. High school athletics are meant to form strong bonds with teammates, solidify a strong work ethic in a student, and provide a lifetime of happy memories.

We cannot allow our young people in Westchester County and across New York to suffer with the pain of multiple concussions and Traumatic Brain Injury at a young age.

If you are the parent of a high school athlete, Fellows Hymowtiz, New York and New Jersey Personal Injury law firm, encourages you to sit down with your child and discuss the risks and signs of a concussion.

If you or a loved one was harmed or suffered a head injury in an accident that was not your fault, it is crucial that you seek medical treatment right away.