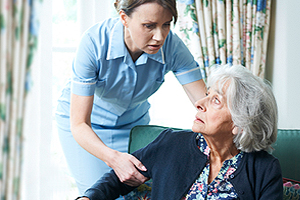 The U.S. Department of Health and Human Services issued a new rule that prevents nursing homes or assisted living facilities that receive federal funding from asserting an arbitration clause into its contracts. These clauses prohibit having claims for nursing home abuse and neglect being decided before a jury in court and instead divert them into arbitration.

The rule prohibiting this affects 1.5 million nursing home residents. It promises to deliver new protections, but often times there are fine print clauses in nursing home admission contracts that push disputes about safety and the quality of care out of public view into arbitration. This helps nursing homes reduce its legal costs and prevents families seeking justice and compensation in court.

The rule prevents nursing homes from forcing people to give up their legal rights as a condition to admission. The new Federal Rule will allow families of those abused and neglect in nursing homes to get justice rather than being steered into an arbitration forum which too often limits awards and prevents those victims of abuse and neglect from receiving fair and just compensation.

If you believe that a parent, relative or loved one was seriously hurt, abused or died due to nursing home abuse or neglect, contact Fellows Hymowitz Rice immediately. When you call, you will speak with an experienced elder care attorney at no charge. We will listen to your situation, and help you find answers.

Contact the experienced Nursing Home Abuse and Neglect attorneys of Fellows Hymowitz Rice at 845-639-9300. When you call, you will receive a FREE, confidential and no-obligation consultation with one of our experienced and compassionate Elder Abuse attorneys.