TRACTOR-TRAILER SIDE GUARDS SAVE LIVES 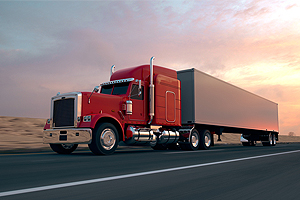 Some of you may recall the glamorous actress Jayne Mansfield.  She died in a tragic crash when her Buick slammed underneath a tractor-trailer.  Regulations were enacted after Mansfield’s death.  Big rigs were required to have rear underride guards to keep cars from traveling underneath the back of a trailer in a collision.  These are known as “Mansfield bars” and consist of two vertical steel bars supporting a horizontal bar which must be less than 2 feet from the ground.

Auto safety advocates inspired by that gruesome wreck a half century ago need to be updated.  This will prevent hundreds of similar deaths annually.  Congress is being requested to mandate comprehensive underride protection, not only on tractor-trailers but on single unit trucks such as dump trucks.

After two cars skidded underneath a jackknifed milk tank truck in Northern New York on July 16th, killing four people, Senator Charles Schumer called on federal regulators to order big trucks to be equipped with not only rear underride guards but side guards that will prevent cars from sliding beneath a truck.

The Insurance Institute for Highway Safety notes that 301 of 1,542 car occupants killed in collisions with tractor-trailers in 2015 perished when their vehicle struck the side of the rig.  Another 292 died when their vehicle struck the rear.  It is estimated that half of the fatal crashes between large trucks and passenger vehicles involve “under riding” the tractor-trailer or truck.  This makes airbags and other crash protection ineffective because the top half of the car is sheared off.   Side guards are not required by federal regulations.  However, three cities – New York, Boston and Seattle – mandate them on city owned trucks to eliminate deaths and injuries.

Side guards can prevent hundreds of death each year.  The Insurance Institute conducted a crash of a car into a trailer equipped to the side guard called “Angel Wing” which is a steel rail covered with fiber glass.  The car’s front end crumpled but the test dummy was protected by the airbags and seatbelt.  Without side guards, the passenger compartment would have been sheared off causing devastating head injuries to the dummy.

An Indiana family, whose 26 year old daughter died in a side underride crash, have been working to lobby Congress and the Department of Transportation for a side guard requirement.  The legislation has yet to find a sponsor.

In the Northern New York crash a milk tanker truck jackknifed across both lanes of Interstate 81 when the driver swerved to avoid hitting a deer.  Two cars skidded beneath the trailer and beyond killing a doctor in one car and three workers riding in another car.

These tragedies can be avoided and the best solution is to require underride guards as well as improve braking technology to prevent jackknife crashes.

If you or a loved one has been involved in an accident with a truck or a tractor-trailer through no fault of your own, you need an experienced attorney from Fellows Hymowitz Rice by your side.

Call us today at 845-639-9300 for a FREE, confidential consultation. At Fellows Hymowitz Rice, you will never pay an attorney’s fee up front. In fact, you owe us nothing unless we recover for you. Learn how we may be able to help.