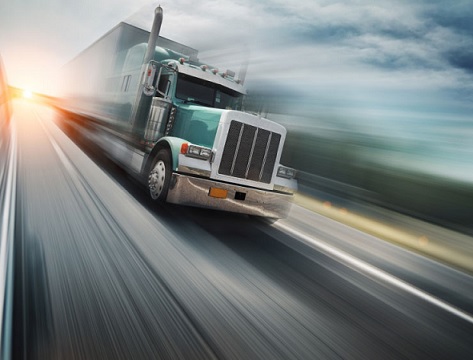 Transportation logistics is a trusted and necessary industry, which brings goods cross-country to millions of consumers and businesses. With the thousands of trucks on the roads 24/7, in order to keep this industry as safe as possible, there are many strict rules, regulations and guidelines that transportation companies and drivers must adhere to. Unfortunately, often times these regulations are not followed and serious accidents occur, causing serious injury and even death.

Given the size, power and destructive capabilities of most commercial vehicles, truck driver fatigue is a serious problem that has severe implications for thousands of motorists every year.

Each year tractor trailer accidents kill over 5,000 people and injure almost 150,000 more on our nation’s highways. Tractor trailers are involved in multiple-vehicle fatal crashes at over twice the rate of passenger vehicles. In recent years, almost one of every four fatalities among passenger vehicle occupants has been the result of multi-vehicle collisions involving a large truck.

Several Federal regulations are already in place that are designed to help make sure truck drivers and other commercial vehicle operators are not fatigued while driving. However these regulations have not stopped the occurrence of fleet driver fatigue, with several accidents occurring every month.

According to the Federal Motor Carrier Safety Administration as many as 750 deaths and 20,000 injuries are caused every year by commercial driver fatigue. Even without drivers falling asleep at the wheel, fatigue can cause drivers to react poorly to road conditions and hazards due to impaired reaction time, vision, and judgment. Driver fatigue has also been associated with increased aggressive behaviors behind the wheel, putting everyone on the road at risk.

The federal Motor Carrier Administration has conducted studies that show that fleet drivers are at a higher risk of sleep apnea, with as much as a third suffering from the condition. Drivers with sleep apnea are between two to seven times more likely to be involved in an accident.

Federal regulations prohibit truckers from driving for more than 11 hours straight, however it is impossible to enforce this law, especially when truck drivers are under tight deadlines to deliver goods all across the country in relatively short time frames. These laws also cannot force truck drivers to get good rest while they are off duty. Often truckers will turn to caffeine filled supplements to stay awake while on the road. This is a dangerous practice that can potentially harm many motorists.

If You Have Been Injured

If you are injured in a tractor trailer accident, you should always seek the advice of a skilled personal injury attorney. If it is found that a truck driver’s negligence caused an accident that resulted in serious injury or even death, you could be entitled to compensation for medical bills, lost wages, pain and suffering, and possibly a lifetime of care.

An experienced tractor-trailer accident lawyer will be able to uncover the facts, investigate the scene and fight for the injured victims to get the maximum compensation available.

The attorneys at Fellows Hymowitz Rice P.C. have a record of success in handling a wide range of cases including serious injury claims. We bring the same individual commitment and dedication to each case, big or small. If you have been injured or sustained loss in any type of accident as a result of someone else’s fault call us for a free confidential consultation at 845-639-9300.