The Golden State Killer and DNA/Geneology websites: What Happens to Your DNA Information Once you Send it to a Geneology Website? 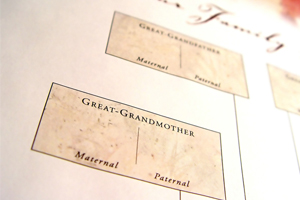 On April 25, 2018, Joseph James DeAngelo was arrested and identified as the Golden State Killer a/k/a the East Area Rapist – One of the most prolific and terrifying rapists and murderers in our nation’s history: Responsible for killing 12 people and raping over 40 women between 1976 and 1986.

DeAngelo was identified and arrested using DNA evidence he left at the crime scenes during his ten year reign of terror.  This data collection is nothing new.

The manner in which the authorities obtained DeAngelo’s identity, however, is brand new, and potentially unsettling.

CNN reported yesterday that “police matched crime scene DNA to genetic material from a relative who was registered on genealogy sites.”  The authorities narrowed down possible suspects using that person’s family history.

The company DeAngelo’s relative used was not identified, but it begs the question:  What happens to our genetic information after it is sent to a Geneology company?

In 2015, a clearer picture began to emerge:  Forbes magazine reported that the online Geneology site 23andme, a site which will analyze your DNA for $99, is receiving as much as $60 million from Biotech giant Genetech in exchange for your genetic and health data.

The real money, and apparently the real story, is what happens to your most unique and identifying information once you submit it to one of these such companies.

Newsweek reported last year that when you sign disclaimer forms with AncestryDNA, you give them the right to “communicate your genetic information for the purposes of providing products and services.”

DNA is our most uniquely identifiable characteristics.  For a society is constantly warned against giving out the last four digits of our social security number or our mother’s maiden name, we seem all too eager to give access to our DNA in exchange for an analysis about our roots.

It is apparent, based on these early reports that the police have at least some access to genetic profiles from these sites.  This raises some real concerns about the security of these profiles and what it means when this company has them.  Who else have they gone to?  What other information do these companies have?

Before you give away any identifying information about yourself or your family, read the fine print, or have an attorney look it over.  You may be giving away more than you think…

When you choose Fellows Hymowitz Rice, you can rest assured that your privacy rights will be respected.