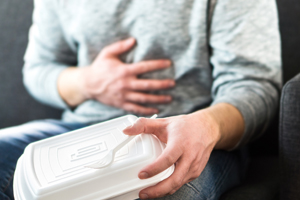 One New Yorker has died from salmonella poisoning from eating tainted chicken.  Ten more New Yorkers became sick.  The chicken was  sold by “Empire Kosher” from September 2017 through June 2018.  People have been made ill in Maryland, Virginia, and Pennsylvania.  Empire is a Pennsylvania company.

Salmonella can cause diarrhea, abdominal cramps and fever lasting from 4-7 days and most people recover without treatment.

Salmonella can be so debilitating that hospitalization may be needed.  People with weakened immune system, whether the elderly and infants, are at great risk of severe illness or even death.

We certainly recommend that you discard any from chicken from Empire Kosher.  However, if you suspect that the chicken may come from Empire then cook it at a temperature of at least 165 degrees to kill harmful bacteria.  Use a food thermometer to make sure that the temperature rises to that level.  If there is any doubt, discard the chicken.

It is always important to wash your hands after handling raw food products, whether it be poultry or meat.  This reduces the risk of bacterial cross contamination to other foods and transfer to kitchen surfaces, knives and implements.

If you have any questions, contact Empire Kosher at 1-877-627-2803. We just found out about this and would like you to know so that you can be protected from food poisoning.