Strippers Under Age 21 Sue for the Right to Dance 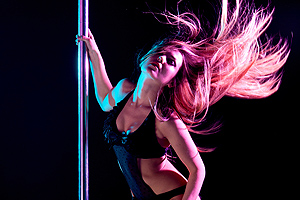 Three female strippers in New Orleans are suing Louisiana over a new law passed in October 2016 which they claim to be unfair.

The three dancers are under 21. They want to dance exotically and allege that the legislation restricts women under 21 from dancing in violation of their First Amendment rights to expression. They also argue that the law unfairly targets young women.

New Orleans strip clubs had until October 1, 2016 to get rid of dancers under 21 years of age. It is alleged the new law is discriminatory because it mentions bare breast and buttocks but makes no mention of men under 21 who find themselves dancing in a nude or nearly-nude club.

Proponents of the law say it was passed to protect young woman from the perils of stripping and to combat human trafficking. Supporters also say that since you need to be 21 years old to drink in a strip club, you should also be 21 if you want to strip in the club.

One State Legislator from Jackson, LA actually proposed an amendment that it would be against the law for strippers to be older than 28 and weigh more than 160lbs. The Legislator later withdrew the amendment saying it was a joke.

If a woman can serve in the military in a combat role at 18, 19 or 20, is there a reason why she should be deprived of a livelihood if that’s her passion for artistic or economic reasons?

Does the law mean that men between 18 and 21 can protect themselves if they decide to dance in a club, but women of the same age need Louisiana’s protection?

What do you think?