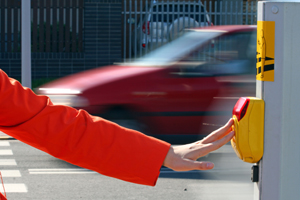 On the evening of Monday, 10/5, two innocent bystanders were killed after being struck by cars in separate accidents. Both deaths were preventable. Devastation occurs when motorists fail to pay attention to their surroundings and do not watch out and yield to pedestrians.

Both accidents took place along Hylan Boulevard in Staten Island Monday evening between 7:30pm and 11pm. The first involved a 61-year-old man attempting to cross the road at the intersection of Bay Street when he was struck. A few hours later, a 31-year-old pregnant woman had just left her place of work when she was also hit. The woman had severe head trauma. She was transported to a local hospital and died a short time later.

Unfortunately, both were examples of preventable pedestrian accidents causing thousands of deaths every year.

Pedestrians have a right to safely share the road, but they must also take steps to protect their own safety. Here are some important safety tips that can help you and your family avoid a tragic and preventable pedestrian accident:

• Be Clearly Visible: Nearly 75% of all pedestrian fatalities in 2013 took place after dark. After sunset or during periods of low visibility such as rain, snow or fog, make sure that you wear bright, reflective clothing while out walking or running. This makes it easier for drivers to see you and avoid potential accidents.

• Use the Sidewalk: Avoid walking in the street whenever possible. If you are walking or running along a road where there is no sidewalk, walk on the shoulder of the road, facing oncoming traffic. This allows drivers to see you earlier and gives them more time to react.

If you or a loved one was injured in a pedestrian accident that was not your fault, call the experienced and dedicated New York and New Jersey Personal Injury lawyers at Fellows Hymowitz Rice at 845-639-9300.

When you call, you will receive a FREE and confidential consultation about your case with one of our hardworking New York and New Jersey Pedestrian Accident lawyers. We will speak to you for free, investigate your case, and help provide the answers you need.

At Fellows Hymowitz Rice, if we take your case, you will never pay any legal fees unless we recover for you. We don’t get paid until you do.