One Woman’s Fight to be Topless on the Beach 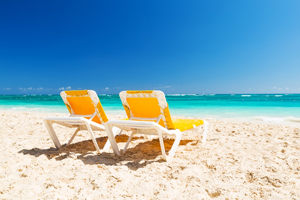 According to “Women in the World” and “Men’s Health” magazine, Chelsea Covington, is an advocate of going “bare chested”.  She prefers to use this term as opposed to “topless” because to her it connotes that she’s lacking something. She wants the right afforded to men of going shirtless on the beaches of Ocean City, Maryland.

Covington (a pseudonym) is challenging a new “emergency” ordinance in Ocean City, Maryland which levys a fine of up to $1,000 to any woman who bares her breasts on the Ocean City Beaches.

She has retained a civil rights attorney Devon M. Jacob to represent her in a fight for the right for all women to appear topless in public. She invokes the equal protection clause of the United States Constitution 14th Amendment.   Her lawsuit made its way into Maryland Federal Court in January.

The attorney representing Ocean City, Guy Ayres was quoted as saying “[t]here is no constitutional right for an individual to appear in public nude…Females baring their breasts in public, although not offensive to everyone, is still seen by society as unpalatable”.

What do you think? If men have the right to go bare chested or topless on Ocean City beaches, should women not have the same right? Where does one draw the line? Is the exposure of female breasts far different than the male anatomy? Does the State of Maryland have the right to protect children and anyone who might find a topless woman in public unappealing? Does Ocean City, Maryland have a legitimate interest in regulating conduct on its beaches? Whether it’s the right to bear arms or one’s anatomy, there are always two sides to an issue. If you were to take sides on which side would it be?

Fellows Hymowitz Rice might be the right choice and the right lawyers to take on matters that other firms might shy away from.

If you need a law firm that will fight to protect your rights and interests whatever they may be, contact Fellows Hymowitz Rice. The Right Lawyers Make a Real Difference.