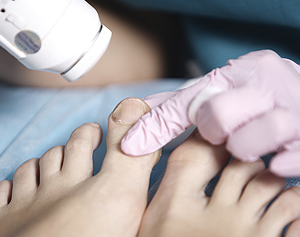 A teacher from Nyack who can’t stand up without pain in her foot due to what she said was botched surgery she had as a teenager won a $775,000 judgment against the podiatrist who performed the operation.

Inayah Davis was 16 when she consulted Bardonia podiatrist Ira Bernstein in 2008 about a bunion, according to court documents.

Bernstein recommended surgery to remove the bunion. Davis and her mother agreed to the treatment. But Davis alleged the podiatrist also performed unneeded hammer toe surgery on four toes on her left foot. The surgery left her with big scars, arthritis and constant pain, said Steven H. Beldock of New City, who represented her along with Robert Fellows, also of New City.

Davis, 22, now a teacher in the Bronx, can’t stand for a long period without severe pain, Beldock said. She likely will need more treatment as she ages. “She never needed the surgery in the first place,” he said. “It should never have been done.” The podiatrist charged $27,000 for one surgery and $13,000 for a second procedure soon after. A six-person jury in state Supreme Court in Rockland agreed Bernstein was negligent.

The jury Monday awarded Davis $775,000. Bernstein argued that the surgery was necessary and done properly. His lawyer, Jeffrey Gerson of Garden City, New York, did not respond to a request for comment. Bernstein was licensed by the state as a podiatrist in 2002. He also has an office in Suffern. He is on staff at Nyack Hospital, where the surgery was performed.