Nursing Home Evictions Are On the Rise 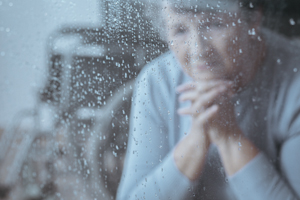 Many nursing home actually evict residents after their better-paying Medicare coverage ends and replaced by Medicaid that pays at much lower rates.

As an example, after Debra Blansfield had the lower half of her leg amputated, her nursing home where she was recovering told her that insurance would no longer pay – it was time for her to move out. The nursing home wanted to send her to a homeless shelter.  The facility paid for a week in a motel. How outrageous is this!  Trying to warehouse a woman who can’t walk and is at great risk for falling.

Unfortunately, Debra’s experience is increasingly common among the 1.4 million nursing home residents in the United States. Discharges and evictions have been the top category of grievances to state long term care regulators but many residents are unaware of their rights and nursing homes know how to game the system to their advantage.

It’s good to know that evictions have caught the attention of federal regulators who are trying to step up enforcement and protect residents in the nation’s 15,000 nursing homes. Regulators send a memo to state officials who inspect nursing homes for compliance with federal standards. The regulators would now supposedly examine discharges that appear to violate rules.

Sadly, the Trump administration says it’s looking for ways to address improper evictions but has on the other hand scaled back the use of fines against nursing homes that harm individuals. When a nursing home gets cited for a violation they just pay up as a cost of doing business.

You should know that federal law mandates that a nursing home must follow the same policies and practices for discharge and transfer regardless of the source and amount of payment. Even though reimbursement rates between Medicare and Medicaid differ substantially, this never is a proper reason to evict someone.

For example, a nursing home receives about $200 a day for a Medicaid patient compared to about $500 a day for a Medicare patient. Nursing homes are businesses and they too often place profit over safety in discharge decisions. A nursing home can’t evict you if a patient files a complaint with state officials. However, nursing homes may be justified and they often discharge a patient claiming that the patient can’t care for themselves for medical reasons. This then becomes a ruse justification for an eviction.  How heartless it is for a nursing home to even suggest discharging a patient to a homeless shelter because of a change in benefits.

We hope that this gives you more information about the rights of nursing home residents.  If your loved one is being abused, discharged prematurely, injured, sexually violated, emotionally harmed or traumatized or deprived of dignity and respect, reach out to an advocate, to an attorney, a law firm that will battle on your behalf.

Nursing homes have lawyers on their side and injured or abused residents should even the playing field by having attorneys on the other side.