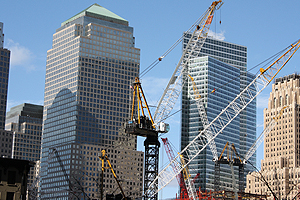 Construction accidents can cause serious, and sometimes fatal, injuries and are all too common in New York State and in New York City. When construction sites are not properly maintained and regulated, the results can be devastating.

Recently, a massive construction crane collapsed in downtown Manhattan. This construction accident fatally injured one person, and seriously injured three others. Investigators are still looking into the cause of this deadly accident.

New York City Mayor Bill de Blasio announced that the city would enforce new rules on the use of large “crawler” cranes like the one that collapsed earlier this month. These safety measures will apply new restrictions to when cranes can be operated during inclement weather, and will also increase protections for pedestrians near construction sites.

According to Reuters, there were over 300 large cranes operating in New York City as of last week. These new safety measures will hopefully reduce the number of construction accidents involving cranes from occurring in the future.

Here are some disturbing statistics about the number of construction and occupational accidents that happen every year in the United States:

• Falls, slips and trips accounted for 26% of workplace accidents in New York City in 2014.

Construction workers are regularly exposed to hazardous working conditions, including working at large heights, and working in proximity to heavy machinery. If you or a loved one suffered an injury at a work site or construction site that was not your fault, call Fellows Hymowitz Rice at 845-639-9300.

When you call Fellows Hymowitz Rice, you will speak with one of our experienced New York and New Jersey Construction Accident attorneys absolutely FREE. We will investigate every detail of your accident and fight hard to ensure that your rights are protected.