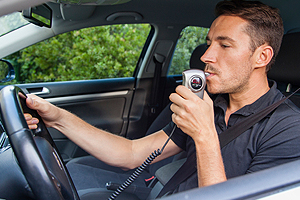 Ignition Interlock systems use Breathalyzer technology to prevent drivers from operating a vehicle after they’ve been drinking. According to a recent study conducted by MADD, these devices are crucial in the fight to end drunk driving once and for all.

In New York State, if a driver has been convicted of either Aggravated DWI/Child in Vehicle or Aggravated DWI/Driving with a Blood Alcohol Content (BAC) of .18 or higher, they are legally mandated to have one of these devices installed in every vehicle they own or operate. After an Ignition Interlock system is attached to a car’s engine, the car will not start until the driver can provide an acceptable breath sample.

This law, which was established in New York in 2009, is known as “Leandra’s Law” and honors the memory of an 11-year-old girl that was fatally injured in a car accident caused by a drunk driver. Leandra’s Law mandates that any New York motorist that is convicted of either Aggravated DWI/Child in Vehicle or Aggravated DWI/Driving with a Blood Alcohol Content (BAC) of .18 or higher, must have an Ignition Interlock system installed in their vehicle for a period of at least 12 months.

If you or a loved one was injured in an accident caused by a drunk driver, call Fellows Hymowitz Rice at 845-639-9300. When you call, you will speak with an experienced New York and New Jersey Car Accident lawyer absolutely FREE.

We will investigate every detail of your accident and fight to ensure that your rights are protected. At Fellows Hymowitz Rice, you will never pay an attorney’s fee up front, and we only get paid when you do. If there is no recovery, then you owe us nothing.