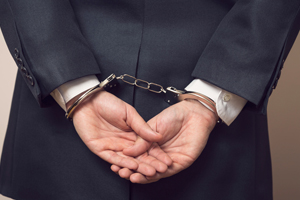 Attorney Anthony Pastor was convicted of a felony after he was accused of killing his girlfriend’s 4 year old dog, Snoopy.  He repeatedly hit Snoopy who died in August of 2016 of head injuries and broken ribs. The judge said that Pastor had shown “incomprehensible violence” and that the dog was in excruciating pain before it died.  The attorney, after beating the dog, sat at his computer.  The dog laid expiring next to him.  What precipitated the violent outburst was Snoopy peeing on the floor.  Who can imagine such cruelty!

The disbarred attorney is serving a two year jail sentence.  His license was revoked upon conviction.  His prominent criminal defense attorney said that his client was bullied when at boarding school and asked the Court for leniency.  No leniency was given.  He received full punishment.  The prosecutors also interviewed Pastor’s ex-fiancé who said that her dog had also been killed in a similar manner but no charges were pressed.  Pastor is now on the animal abuse registry.  He had to be given a protective order because of the many death threats he received.  One of the jurors felt sorry for the attorney’s son as well as for Snoopy.  Whether it is animal abuse, child abuse or spousal abuse, there should be zero tolerance. The judge is commended for sending a loud and clear message.