Hyundai is Recalling Over 978,000 Vehicles Due to Defective Seat Belts 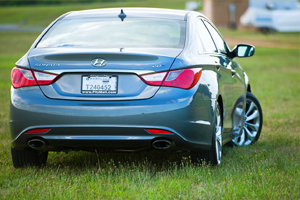 Auto manufacturer Hyundai is recalling approximately 978,000 vehicles that may contain a dangerous safety defect. The recall concerns the front seat belts detaching in a crash and failing to hold occupants in place during a crash.

According to Hyundai, the defective seatbelt mechanism could cause the front car safety belts to release during a collision. Hyundai explains that the fastener for a seat belt anchor may not have been fully latched during the assembly process.

So far, Hyundai only reports one minor injury caused by the malfunction.

Multiple Hyundai models built between 2011 and 2015 are affected. Recalled vehicle models include:

Hyundai announced that vehicle owners will be notified starting April 7 – dealers will inspect the seat belt anchor and repair it if needed.

If you or a loved one was seriously injured by a dangerous or defective product, Fellows Hymowitz Rice may be able to help.

Call Fellows Hymowitz Rice today at, 845-639-9300 for a FREE consultation. When you call, an experienced New York and New Jersey Personal Injury Lawyer will investigate at no cost.

At Fellows Hymowitz Rice, you will never pay, we wont get paid until you do. Call today to learn how we may be able to help.