How to Minimize Risks Caused by Drunk Drivers 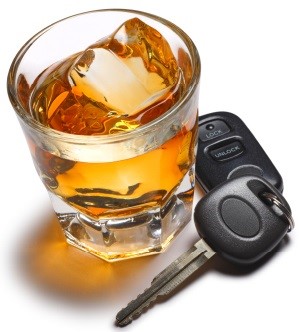 Drunk driving accidents would disappear completely if people would only first think of their personal safety and the safety of others before getting behind the wheel. Unfortunately across America drunk driving statistics continue to climb: according to the National Highway Traffic Safety Administration over 10,000 people are killed each year as a result of alcohol related crashes, accounting for an overwhelming 31% of all traffic deaths.

There is never a valid excuse for driving while under the influence, but as we all know we cannot control the actions of others. With the large numbers of drunk drivers on the road, it is important to know what steps you can take to help avoid becoming a victim. Although you will never be able to completely remove the risk caused by drunk drivers entirely, there are several easy steps you can take to minimize your risk of becoming yet another statistic.

Always stay vigilant for drunk drivers, and make sure you are prepared to take defensive driving action when needed. There are several warning signs you can look for that will help indicate if a driver is under the influence. Watch out for erratic driving: If you see a vehicle speeding up and slowing down without reason, or careening back and forth into different lanes, take immediate action to distance yourself from the other car. Sometimes these erratic driving signs will be more subtle, so keeping alert and watchful is key.

If you must distance yourself from another driver, do so as safely as possible. If the erratic driver is in front of you, try to slow down and stay behind the vehicle. Pull over as soon as you safely can and dial 911 to report the situation. Reporting a potential drunk driver can possibly save many lives down the road. Try to give the dispatcher the license plate number, make of the vehicle and location if possible.

Always avoid driving late at night whenever possible. The overwhelming majority of drunk driving related crashes and deaths occur at night. Most of these accidents occur very late at night or in the early morning hours.

Most bars close around 2 am. If you must drive around this time, be even more careful and vigilant than usual. Keep an eye out for erratic driving behavior. Stay alert of your surroundings while on the road to ensure your own safety during the late night hours as well as in the early morning. If another vehicle’s driving looks suspicious, don’t brush it off. Always maintain safe distance from those you believe may be intoxicated.

If you can’t avoid driving late at night or in the early morning hours, always try to avoid driving on the roadways specifically between 2am-3am.  If you are at a bar (being responsible) always leave well-before closing. This is when the highest percentage of drunk drivers will be on the road.

Some holidays bring out a higher number of drunk drivers. New Year’s Eve is notorious for its record numbers of inebriated drivers, as well as the day before Thanksgiving and the 4th of July. If you are driving during a holiday, always remain extra vigilant for drunk drivers. Make sure to remain alert and take defensive driving action when needed.

If you follow these steps of distancing yourself from potential inebriated drivers, avoiding driving late at night if possible, and always remaining vigilant on the roadways, you will help reduce your risk of being harmed by a drunk driver.

If You have Been Injured

The attorneys at Fellows Hymowitz Rice P.C. have a record of success in handling a wide range of cases including injuries caused by drunk drivers. We bring the same individual commitment and dedication to each case, big or small. If you have been injured or sustained loss in any type of accident as a result of someone else’s fault call us for a free confidential consultation at 845-639-9300.