High School Senior Put His School up for Sale on Craigslist 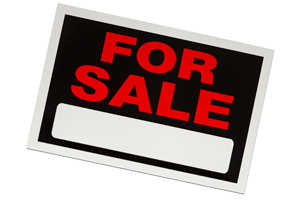 According to Atlanta Journal and Constitution (AJC) a Missouri teenager was banned from graduating with his high school senior class after a prank offering to sell his high school on Craigslist backfired on him.

The senior, named Kylan Scheele, 18, admitted he posted the ad on Craigslist offering Truman High School in Independence, Missouri, for sale at a bargain price of $12,725, according to the Kansas City Star, but Scheele said it was just a joke.  The ad can be seen here:

As punishment for the real estate steal of the decade, the school administration would not let Kylan attend his graduation ceremony.

The American Civil Liberties Union (ACLU) filed a lawsuit against the school district contending that the punishment of disallowing Kylan from attending his graduation violated his free speech.

On June 1st, a judge ruled in favor of the school, disallowing this realtor wannabe from walking at his graduation ceremony.

What do you think? Was the punishment appropriate? Excessive?  Did it infringe on his free speech?  We at Fellows Hymowitz Rice want to know what you think!