Get a Female Doctor and You Will Live Longer 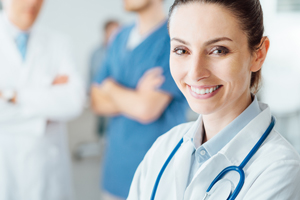 Can you believe if you are elderly, sick or in a hospital you are more likely to survive if your primary doctor during your hospital stay is a woman according to a new study.

Patients of female doctors are less likely to go back into the hospital in the month after discharge according to the study published recently in JAMA Internal Medicine. The study found clinically significant differences in outcomes for patients treated by female physicians as opposed to male doctors.

Researchers estimated that if male physicians could achieve the same outcomes as their female colleagues, about 32,500 Medicare patients would be saved each year, enough to wipe out motor vehicle car crash deaths.

Why is this the case? Earlier studies found that female physicians were more likely to follow clinical practice guidelines. Women physicians spend more time with patients. Their interactions are more reassuring and positive. They ask more questions about emotional and social well-being.

The study also found that patients were at a 4% lower risk of dying prematurely if treated by a female doctor and a 5% lower risk of being readmitted to a hospital within 30 days.

The study does not prove that women are better doctors than men but it suggests that many doctors should adopt the habits of female doctors and could learn from how they interact with their patients.

So gender does play a role in medical outcomes to some extent and this may bode well for those of you whose health care providers are women.

Don’t make healthcare choices on gender alone but consider credentials, background and the rapport you have with any health care provider. Find a doctor that cares about you, takes time and communicates in an understandable way and with whom you have a bond of trust and mutual respect.