General Motors Recalls 1.4 Million Cars That May Catch Fire Due to Oil Leaks 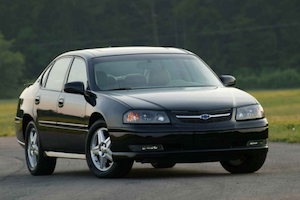 General Motors announced on Tuesday, 10/27 that 1.4 million vehicles are being recalled due to a dangerous product defect. According to the company’s announcement, all of the recalled cars are equipped with 3.8-liter V6 engines that leak oil over time just due to normal use. Oil leaks can then cause cars to catch on fire.

General Motors first noticed the defect in 2007, but has been unable to provide an effective solution. The recall marks the third time in eight years that GM has attempted fix the problem.

Following recalls in 2008 and 2009, more than 1,300 car owners reported that their vehicles still caught fire even after they were supposedly “fixed” by car dealerships.

At least 19 people have been burned in fires caused by the defective engines. GM reports that most vehicle fires happen shortly after the engine has been turned off, meaning the fires can even cause serious damage to a car owner’s property, like the garages and houses where the cars are parked.

Vehicle models impacted by the recall include:

To read more about this serious recall, click here.

Car manufacturers have the duty to ensure that their products are safe for use. If you or a loved one are seriously injured by a defective, recalled or unsafe product, you may be able to obtain compensation.

At Fellows Hymowitz, we want manufacturers to take responsibility when their products cause serious injury or death to innocent consumers. If you or a loved one owns any of the vehicle models listed above, and think you may have been injured as a result of a manufacture defect, call Fellows Hymowitz right away at 845-639-9300.

When you call, you will speak with an experienced New York and New Jersey Personal Injury lawyer. One of our attorneys will speak with you for FREE, investigate your case and fight hard to vindicate your rights.

When you entrust Fellows Hymowitz with your serious injury case, you will never pay an attorney’s fee up front. In fact, you owe us nothing unless we achieve a recovery.

At Fellows Hymowitz, we don’t get paid until you do.