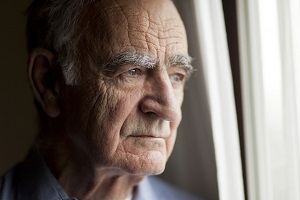 Monday, June 15th marked World Elder Abuse Awareness Day. Launched by the World Health Organization at the United Nations, WEAAD pledges to “provide an opportunity for communities around the world to promote a better understanding of abuse and neglect of older persons.” The attorneys and staff at Fellows Hymowitz Rice want to do their part to educate and enlighten about the very real and all too widespread dangers of Elder and Nursing Home Abuse so that this abhorrent reality may one day no longer harm our most vulnerable citizens.

At Fellows Hymowitz Rice, New York and New Jersey Accident and Personal Injury law firm, Elder and Nursing home abuse is taken very seriously. We have covered this topic in the past, including providing statistics about the shockingly high rates of Elder and Nursing Home Abuse that occur every year, right here in the Empire State. Some of the most disturbing statistics about this topic include:

• In New York, an estimated 260,000 older adults are victims of Elder Abuse every year.
• Tragically, this figure may not even tell the whole story, as many instances of Elder Abuse often go unreported. The New York State Elder Abuse Prevalence Study found that for every reported case of Elder Abuse, another 24 cases went unreported.
• The difference between reported and suspected cases of abuse can be attributed to several factors, including fear of retaliation, lack of cognitive abilities, or a desire to protect the abuser, which can often be a member of the victim’s family.
• Financial exploitation was the most prevalent form of Elder Abuse, occurring at a rate of 41 per 1,000 elders surveyed.

The tools to properly identify and report Elder Abuse will become increasingly important as the population of Americans aged 65 and older is expected to dramatically increase over the next decade. Currently, the population of Americans over the age of 65 is estimated to be a little more than 40 million. However, by the year 2025, that number is expected to increase to close to 60 million.

With more elderly citizens, there will be an increased reliance on medical and long-term care facilities to ensure their health and well-being. For this reason, the most important step we can all take to help prevent, and one day eliminate, Elder and Nursing Home Abuse is to become aware of the signs of abuse and how to properly report instances of abuse to authorities.

The World Health Organization defines Elder Abuse as: “a single, or repeated act, or lack of appropriate action, occurring within any relationship where there is an expectation of trust which causes harm or distress to an older person.” The four main categories the WHO defines for Elder Abuse are as follows:

For a more thorough definition of these terms, as well as 12 steps anyone can do to help prevent Elder Abuse, visit the National Center on Elder Abuse’s Website HERE and HERE.

Our elderly citizens depend on family and friends alike to ensure that their “golden years” are not tarnished. Collectively, we share a responsibility to care for the elderly. The aging process is inevitable, and we must strive as a nation to protect our elderly parents, loved ones, veterans and friends.

If you think that a parent, relative or loved one was seriously injured, abused or died due to nursing home abuse or neglect, contact Fellows Hymowitz Rice today for help. You can call and speak with an experienced elder care attorney for free. We will listen to your situation, and help you find answers.

Contact the experienced Elder Abuse and Neglect attorneys of Fellows Hymowitz Rice at 845-639-9300. When you call, you will receive a FREE, confidential and no-obligation consultation with one of our experienced and compassionate Elder Abuse attorneys.

Our firm has handled many cases of Elder Abuse and Neglect, and we will fight to bring justice to your situation.