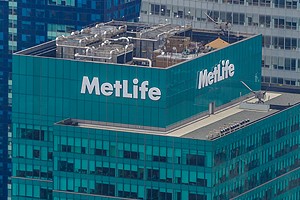 Fellows Hymowitz Rice, Safirstein Metcalf and the Galbraith Law Firm announce that FINRA, the Financial Industry Regulatory Authority, has fined MetLife Securities $20 million and ordered it to pay $5 million in restitution to its variable annuity customers.

FINRA found that MetLife had made “negligent material misrepresentations and omissions on variable annuity (VA) replacement applications for tens of thousands of customers.” MetLife’s misrepresentations, the regulator found, “made the replacement [variable annuity] appear more beneficial to the customer, even though the recommended VAs were typically more expensive than customers’ existing VAs.” Fellows Hymowitz Rice, Safirstein Metcalf and the Galbraith Law Firm are investigating misconduct by MetLife Securities Inc. in connection with variable annuities.

FINRA reported that MetLife’s variable annuity replacement business generated “at least $152 million in gross dealer commission for the firm over a six-year period.”

Examples of such wrongdoing included:

• MetLife told customers that their existing variable annuity was more expensive than the recommended replacement, when in fact, the current one was less expensive;

• MetLife failed to disclose to customers that the proposed replacement would reduce or eliminate important features in their existing annuity, such as accrued death benefits, guaranteed income benefits, and a guaranteed fixed interest account rider; and

All of these misstatements and omissions may also constitute violations of state and federal securities laws, as well as of FINRA and SEC rules and regulations. The unlawful conduct uncovered by FINRA may form the basis of legal liability for MetLife Securities.


Fellows Hymowitz Rice, Safirstein Metcalf LLP and The Galbraith Law Firm LLC represent investors (both retail and institutional) who have suffered financial losses as a result of misconduct.