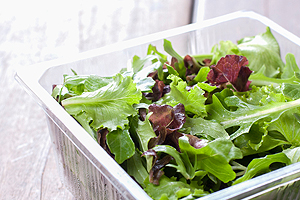 On Wednesday, 1/27/16, Dole Fresh Vegetables Inc. recalled all packaged salad mixes produced in one of its Springfield, Ohio facilities due to an outbreak of Listeria. The Food and Drug Administration (FDA) announced that several cases of Listeria infection have been confirmed in New York and New Jersey.

Dole has recalled all packaged salads under the following brand names in an effort to contain the outbreak:

Listeria infection, also known as Listeriosis, causes an estimated 1,600 illnesses and 260 deaths in the United States every year, according to the Center for Disease Control. Pregnant women, young children, older adults, and anyone with a weakened or compromised immune system are at highest risk of Listeria infection. Symptoms of this bacterial infection include:

When you call Fellows Hymowitz Rice, you will never pay an attorney’s fee up front. We will investigate every detail of your situation, and you owe us nothing unless we recover for you.

At Fellows Hymowitz Rice, we don’t get paid until you do.