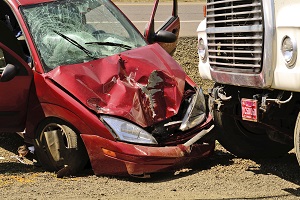 The National Safety Council recently announced that 40,200 people died in motor vehicle crashes last year.  Sadly, this is the first time that more than 40,000 people have perished on U.S. roads since the Great Recession. Each month in 2016 3,500 people died.

The Vietnam War claimed 58,209 US military casualties.  The rate of deaths on roadways in 2016 at the same rate, continuing for just over 5 months, would equal the Vietnam War casualty rate.  The War ran from 1961 to 1975.  Slightly over 17 months on US roads produces the same casualties as the Vietnam War and even more casualties in the Korean War where 54,246 people perished from 1950-1953.  25,000 Americans died in the American Revolutionary War.

Deaths on our highways is a national disaster.  Many of the deaths are preventable and avoidable.  Just by paying attention, not texting and driving would drastically reduce highway fatalities.  Take away alcohol and eliminate drunk drivers and the rate radically goes down.  This twice before applying lipstick or reaching in the backseat and lives could be saved.  Don’t turn around to yell at your kids while driving and more lives will not be lost.  Buckle up and of course, don’t speed.  We can work together to drive the number of fatalities down for 2017.

One simple way to reduce death is just to simply keep your eyes on the road and your hands on the wheel.

We are facing a national epidemic.  The President of the National Safety Council notes that “Many times, people act like there’s nothing we can do to prevent these crashes, but at the end of the day they’re all preventable.”  She correctly calls for stricter seat belt laws, more speed enforcement and increased restrictions on cell phone use.

According to the 2016 National Safety Council :

Unfortunately, deaths are predicted to increase but there are ways to prevent an accident from occurring. Why not follow these easy steps while driving:

Let’s strive to keep 2017 a year of safer driving with less tragedy and suffering.  There was a war on poverty, a war on drugs and now it’s time for a war, on what we call, “highway homicide.”  Each of us can play our part.