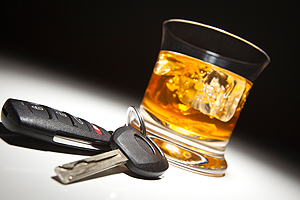 A New York Police officer was recently injured in a traffic accident caused by an intoxicated driver. The officer had stopped to assist a disabled vehicle when his patrol car was rear-ended by a van. The injured officer was airlifted to a local hospital. Thankfully, investigators announced that his injuries were not life threatening.

The drunk driver that caused the accident attempted to flee the scene of the accident on foot, but was apprehended by Police a short time later. He faces several serious criminal charges including driving while intoxicated, aggravated unlicensed operation of a motor vehicle, and leaving the scene of an accident.

• Nationwide there was, on average, one alcohol-impaired driving fatality every 53 minutes.

If you are planning on consuming any alcoholic beverages, always designate a sober driver or plan a way home beforehand. If you see a friend, family member or co-worker that is not fit to drive, remind them that it is NEVER acceptable to get behind the wheel if you have been drinking.

If you or a loved one is injured in a car accident caused by a drunk driver that was not your fault, call Fellows Hymowitz at 845-639-9300. When you call, you will speak with an experienced, compassionate New York and New Jersey Car Accident lawyer absolutely FREE.

We will investigate every detail of your accident and fight hard to secure the justice you deserve. When you trust Fellows Hymowitz to handle your Car Accident or Serious Injury case, you will never pay an attorney’s fee up front and you owe us nothing unless we recover for you.

At Fellows Hymowitz, we don’t get paid until you do.