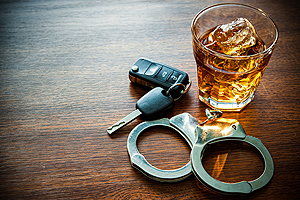 When you choose to get behind the wheel and drive impaired or drunk, you place yourself in criminal jeopardy and jeopardize innocent lives.  Too often New Yorkers read about a drunk, impaired or texting driver who maims or kills a pedestrian, a motorcyclist, a bicyclist and all too often another driver.  Drunk driving is a national health epidemic, like opioid addiction.  Whether one is addicted to alcohol or excessively drinks at a party, over dinner or at a wedding, the behavior places the innocent in harm’s way.

One such incident occurred on Sunday morning when a drunk driver attempted to pass another car at a high rate of speed.  He lost control of his vehicle, traveled across three lanes of traffic and then crashed into a guardrail before flipping over, ending up on the other side of the Grand Central Parkway.  This is one of too many reckless acts, prematurely snuffing out the lives of two people and causing seven other innocents to be seriously injured.  Heartfelt condolences and sympathy to the victims and their families.

The sickening vehicular catastrophe should result in a conviction or plea to vehicular manslaughter.  Click here if you want to read about it.

Fellows Hymowitz implores anyone who reads this blog to never get behind the wheel when drunk or impaired.  Better yet, don’t drink and drive.  It’s really that simple.

If you do drink alcohol, here are some alternate means of transportation to prevent drinking and driving:

If you or a loved one suffered injuries in a car accident caused by a drunk or impaired driver, call Fellows Hymowitz right away at 855-724-9237. At Fellows Hymowitz, our New York and New Jersey Car Accident Lawyers will fight hard to protect your rights and secure the best possible outcome for your accident claim.

We do NOT represent drunk drivers, only their victims. At Fellows Hymowitz, you will never pay an attorney’s fee up front. In fact, you owe us nothing until we recover for you. Call today to learn how we may be able to help.

Let us fight for both maximum money damages and a maximum recovery.