Coca Cola on the Rocks 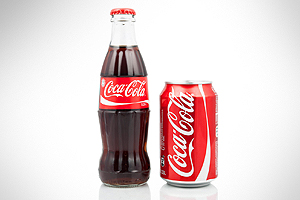 A consumer advocacy group has filed a lawsuit against Coca Cola. The lawsuit claims that Coca Cola is as bad as tobacco and that the company should be held responsible for endangering people’s health. The lawsuit was brought by The Praxis Project and is against the American Beverage Association (ABA) and Coca Cola.

Praxis is a nonprofit and alleges that there was collusion into misleading the public about the negative health affects of soda. It is claimed that the Coca Cola company confuses and misleads people about the science which links obesity, diabetes and cardiovascular to sugary drinks.

One medial outlet says the case tactics are similar to those used by lawyers who fought tobacco companies. In the 50’s tobacco companies routinely defended cigarettes denying that smoking caused cancer and suggesting that cancer was caused by other factors. Tobacco companies argued that smokers knowingly assumed the risk of cancer or other health problems when they began smoking. It was only until another phase in the tobacco litigation that it became apparent tobacco companies actually had been aware of the addictive nature of tobacco and sold it anyway.

The Coca Cola lawsuit refers to the tobacco litigation. Legal papers say that Coca Cola actually targets children, advertisings in a way to recruit consumers when they are young, in other words, to get them hooked on Coca Cola as early as possible so they become lifelong consumers. It is also alleged that Coca Cola has repeatedly lied about their beverages and has continuously stated obviously falsehoods that there is no scientific link between obesity and sugar beverages.

What the Praxis group is asking is that Coca Cola stop advertising to people younger than 12 and release files about the health affects of consuming sugary drinks. It also wants the public to be educated about the danger of Coca Cola beverages.

Coca Cola and the ABA have denied allegations calling the lawsuit meritless. The lawsuit does not name Coke’s competitor such as Pepsi because an investigation is still pending.

The lawsuit will provoke a lot of spirited debate from “give me a break” to “Coca Cola endangers American youth”. What do you think?