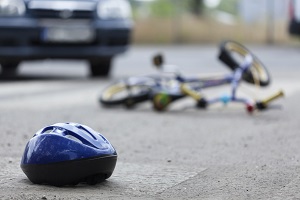 Clarkstown police announced on Sunday that officers have made an arrest in conjunction with an ongoing investigation involving a hit-and-run driver who seriously injured a New City bicyclist over the weekend. Police were able to find the driver after piecing together witness reports and debris that was left on the road at the scene of the accident.

According to the police report, the accident took place on Old Route 304 near Cypress Street at around 2am on Saturday, May 9th. While the full details of the case have not yet been released, what is clear is that the driver caused the bicyclist to sustain serious injuries before fleeing the scene. The 47-year-old New City man that was riding his bicycle remains in the hospital with serious injuries to his head, leg and torso.

Pedestrians and cyclists being seriously, and sometimes even fatally, injured on New York’s roads and highways remains a serious problem. Here are some statistics that illustrate just how widespread the issue has become:

• In 2013, the most recent year for which full data is available, there were a total of 168 pedestrians and 10 cyclists killed in motor vehicle accidents in New York. Another 16,059 pedestrians and cyclists were injured.

• In accidents where a pedestrian or cyclist was fatally injured, at least 19 were attributed to hit-and-run drivers that fled the scene.
• Tragically, children and young people are often the demographic that is most deeply affected by these types of accidents. According to the Association for the Advancement of Automotive Medicine, the total cost of pedestrian and bicycle injuries to children ages 14 and under is roughly $5.2 billion per year in the U.S.

If you are a cycling enthusiast, if you regularly walk or bike to get to work or school, or if you are the parent of a young child that loves to walk or bike with their friends, there are some important safety tips that you must keep in mind at all times:

• Always wear your helmet! Young or old, experienced or inexperienced, wearing a bicycle helmet is the most important thing that any bicycle rider can do to stay safe on the road. Wearing a helmet greatly reduces the risk of suffering a brain injury or being killed in the event of an accident.
• Ride with the flow of traffic. Studies show that it is extremely statistically unlikely for a biker to be hit by a vehicle from behind. If you are biking, remember to stay on the street and not the sidewalk, and follow the flow of traffic.
• Remain visible and predictable to motorists. If you are out riding at night or in cloudy or overcast weather, make sure you wear bright, reflective clothing to make yourself obviously visible to passing motorists. In addition, be sure that you are familiar with the proper cycling hand signals that will alert motorists and fellow cyclists of your intentions.

At Fellows Hymowitz Rice, New York and New Jersey Accident and Personal Injury law firm, we take pedestrian and bicycle safety extremely seriously. We have years of experience representing victims and families that have been devastated by the consequences of a serious bicycle or pedestrian accident. If you or a loved one has been injured in a serious accident that was no fault of your own, you will need an experienced Accident and Injury attorney by your side.

Trust the experience of Fellows Hymowitz Rice, PC to handle you injury case with the utmost care, respect and diligence. Our attorneys leave no stone unturned when dealing with hospital bills, insurance companies, motorists, or anyone else that would stand in your way when seeking justice for your serious injuries.