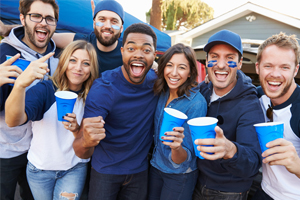 Your son or daughter have left home and are adjusting to college life.  Keeping them safe while on or off campus is a parent’s first concern.

Alcohol is the number one culprit.  82% of college hazing deaths involve alcohol.  Sexual assaults used to be swept under the rug and are still too often not taken seriously.  Did you know that 62% of all sexual crimes on college campus are drug-related?  1/3 of adolescents, before they ever leave home, have engaged in binge drinking.  Binge drinking brings with it traffic accidents, impulsive behavior and even suicide.

If your son or daughter pledges a fraternity or a sorority, talk with them about the dangers of hazing.  Hazing has been prohibited on many campuses but hazing and binge drinking still happen.  When a tragedy occurs in a sorority or frat house, or in a campus dorm, or for that matter, at a college or university’s sponsored event, parents ask where they can turn for help.

Here are some helpful suggestions:

Fellows Hymowitz does not want another case from a son or daughter injured or killed on or off campus.  It wants to spread awareness of the risks that are out there.  If an accident does happen, we are here to help.  If someone, whether on or off campus, is injured because of someone else’s negligence, carelessness or recklessness call the experienced New York and New Jersey Injury Lawyers at Fellows Hymowitz for help at (845) 639-9300.

You need an experienced litigation law firm fighting for you.  We will investigate every detail of a possible claim at no cost to you.