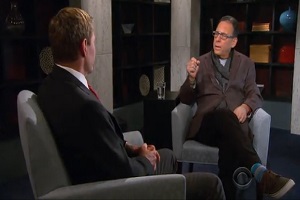 It has been exactly two years since the horrific tragedy at Sandy Hook Elementary School in Newtown, Connecticut. The news of that day in 2012 was so traumatizing that the many families who lost loved ones, and all of America, may never be able to fully come to grips with the reality of the situation. The healing process took a small, incremental step forward this week when the families of Sandy Hook victims filed a lawsuit against Bushmaster, the company that manufactured the weapon used by shooter Adam Lanza in the attack.

The lawsuit, filed on behalf of the family members of Sandy Hook victims, will allege that Bushmaster put their loved ones at risk by distributing a dangerous firearm without properly ensuring that it would not wind up in the hands of someone who would use it for malicious or dangerous purposes. Many have come out in support of the legal action, including Connecticut State Senator Richard Blumenthal. Said Blumenthal:

“Two years have passed and Congress has been complicit in the gun violence in this country by failing to act. And I share the frustration that may in part underlie the reason for this legal redress.”

Obviously, this lawsuit raises complicated and sensitive questions about issues of gun ownership and safety in the United States. In an effort to gain insight into this lawsuit and its implications, CBS Evening News turned to attorney Robert Fellows, partner at Fellows Hymowitz Rice, PC, New City, NY. Below, you can watch the full segment on CBS Evening News which announces the details of an anticipated lawsuit.

In this video, attorney Robert Fellows explains exactly what it will take for the lawsuit to be successful. Said Fellows:

“If you can prove that a manufacturer knew in some way that a gun would end up in the hands of a proscribed purchaser, someone who shouldn’t have the gun, you might be able to show liability.”

Mr. Fellows also warns that it will be “very difficult” for the families to prove liability on the part of the gun manufacturer, but none the less, this is an important step towards raising awareness and creating action that will ensure this type of tragedy does not happen again. The fact that CBS News turned to Fellows Hymowitz Rice, P.C attorney Robert Fellows to share his expertise on the matter demonstrates the consistent level of excellence and experience for which our firm is known.

Call today for a free, confidential consultation and speak with one of our experienced and compassionate attorneys.