Attention Cyclists: The Number of Fatal Bicycle Accidents in New York City is on the Rise 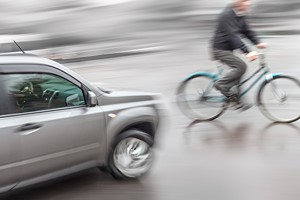 Would you believe that the number of cyclists killed by motor vehicles in New York City in 2016 has already matched 2015’s total?

If you dig deeper, 8 of 15 deaths occurred in Brooklyn. Brooklyn is supposedly one of the most bicycle-friendly boroughs. Brooklyn is the home of the Big Apple’s largest number of bicycle commuters. Tragically, 3 deaths occurred in the Bronx; two cyclists were killed in Manhattan; and Queens and Staten Island had one cyclist a piece perish. The year isn’t even over.

A 35 year old bartender was killed cycling home by a hit and run driver in Williamsburg. The police have not made an arrest. 3 cyclists have been killed in South Brooklyn this year alone. Another cyclist was killed near 9th Avenue and Avenue U in Sheepshead Bay when a driver ran a red light and crashed into another vehicle sending a careening car into the cyclist. A 17 year old in July was killed in Gerritsen Beach after being struck by a car that crossed a painted median. Michael Schenkman, 78, was peddling on Northern Boulevard in Queens when he was struck by a car and killed after being dragged 25 feet.

Although Brooklyn has almost 84 miles of bike lanes, compared to 121 miles in Manhattan, and lanes have been shown to reduce injuries, New York is planning to add another 15 miles of protected bike lanes in 2016. Unfortunately, bike lanes don’t solve the problem because there are gaps between them in many areas. This leaves cyclists vulnerable. Bike lanes alone are not a cure to fatal crashes.

Over 18,000 cyclists commute to work from Brooklyn. Cycling anywhere in NYC can be hazardous. Attorney Rob Fellows is a cyclist, and these statistics put fear into him and into anyone else on the road.

Please cycle safely. Assume that any vehicle close to you will do something unexpected.

• Watch out for being slammed by a car door that suddenly opens.
• Watch out for being to the right of a vehicle and that vehicle suddenly makes a right turn and cuts you off.
• Be aware of cars pulling out from parking spaces.
• Don’t “hammer” down crowded streets. Wait to increase speed until you are in a more open and safe area.

At Fellows Hymowitz Rice, our New York and New Jersey Bicycle Accident attorneys have represented too many cyclists who have been seriously injured. Generally, when a cyclist is struck by a car there are bad injuries. Always cycle with your helmet. Make sure the helmet is tight so it does not fly off before you hit the ground. One crash on a bike is one too many whether you get struck or end up with a bad case of road rash. Either way, you lose when confronted with two tons of metal coming into your direction.

Ideally, the road should be shared safely, but too often motorists have the old school mentality that cars rule. Cycle safely, obey the rules of the road and assume the unexpected. Just get to your destination, whether it be work or home. in one piece and have a pleasant ride.

To speak with an experienced New York and New Jersey Bicycle Accident attorney absolutely FREE, call Fellows Hymowitz Rice at 845-639-9300. When you call, you will speak with one of our dedicated, compassionate attorneys absolutely FREE. We will review every detail of your situation at no cost to you and fight hard to protect your rights.

At Fellows Hymowitz Rice, you will never pay an attorney’s fee up front. We take all cases on a contingency-fee basis, which means that we don’t get paid until you do.