A No Fly List for Dogs on United Airlines 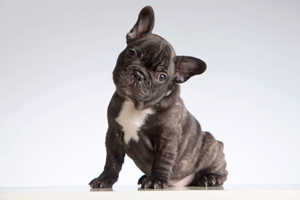 United Airlines has unveiled its latest No Fly List effective June 18, 2018, and the only image that comes to mind is a Boston Terrier strapped with dynamite.

In March of this year, United Airlines was the recipient of some “ruff” publicity when a French Bulldog named Kokito died of suffocation on one of its domestic flights.  Kokito was forced to be placed in an overhead bin despite its owner having a carrier which fit under his seat.

Mid-flight, Kokito’s cries went unanswered as it suffocated in the overhead bin, ultimately expiring somewhere between Houston and New York.

Kokito’s owners are contemplating a lawsuit and United Airlines is under criminal investigation in New York and Texas for animal cruelty according to JDJournal.com.

In response to this event, United Airlines is banning almost all dogs from their flights “out of concern for adverse health risks”

NPR reported, “Effective June 18, some short-nosed or snub-nosed dogs, including pugs, Boston terriers and French bulldogs — the breed of the dog that died in March — won’t be allowed to fly in the plane’s lower compartment. Bigger, strong-jawed dogs have also been added to the no-fly list. That includes the American pitbull; the Dogue de Bordeaux, one of 16 types of mastiffs; and the Belgian Malinois,” NPR said. “Persian, Himalayan, Burmese and exotic shorthair cats will also be forbidden in the cargo area.”

In New York, dogs are considered “chattel” or property: they are entitled to no more rights than are bestowed upon them by their owners (i.e. service animals, etc.) and those rights are for the sole benefit of the owner.  Therefore, other than the value of the dog itself, New York does not compensate the dog owner for their Canine friend’s pain and suffering as they would for a human being.

What do you think about this?  Is it something that can be addressed in airline personnel training or should Man’s Best Friend be allowed to fly at all? Should United Airlines be held accountable?