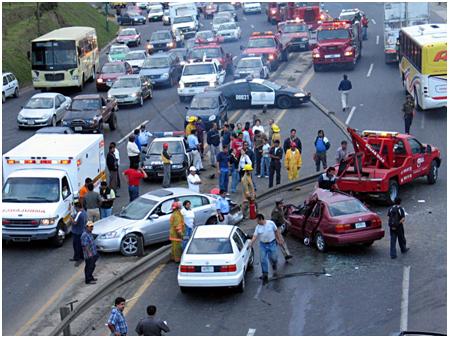 In 2012, despite the committed efforts of several state and local lawmakers across the country, traffic accidents are still on the rise nationwide, including fatalities.

The cause for the increase is still not readily apparent. It may be linked to a greater number of distracted drivers or may be a combination of other factors; including changes in the economy and a larger number of cars on the road.

Recently several cities and states across America instated laws banning texting while driving. These laws are an attempt to control the increasing number of car wrecks that are caused by distracted driving, specifically cell phone use.  Unfortunately, these laws are not yet having a large impact on preventing fatalities.

In an increasingly dangerous world, it is important to be prepared for the chance that you may be involved in a car accident that isn’t your fault. Though avoiding injury due to another’s negligence can’t always be avoided, having the name and number of a qualified personal injury lawyer on hand will make the process of rebuilding easier. After an accident occurs contact your personal injury lawyer so that they can immediately protect your right to full and fair compensation. Working with an experienced lawyer, before you contact the insurance company will most likely help you to receive the insurance settlement you deserve.  Your lawyer will fight to make sure you have the resources available to make a quick recovery, both physically and monetarily.

After an accident, you need to focus on getting well and your attorney should focus on maximizing your insurance claim.